A sun lit Coralstown/Kinnegad GAA field was the venue for what was to prove to be an utterly enthralling Post Primary School, Junior ‘B’ All Ireland Final between the girls of John the Baptist Community School, Co. Limerick and St Michael’s Lurgan, Co. Armagh. The tension pre-match was palpable as the large crowds from both schools took to the stand and the players filed into their positions. Even though the spring sun shone brightly on the pitch, the wind carried a strong bite that was to prove influential throughout the game.

Hospital had the strong wind at their backs in the first half; in spite of this, St Michael’s started the stronger of the two teams. From the off, they ran straight at the heart of the Hospital defence, only for some brave last gasp defending, they could have had an early goal. If John the Baptist were ever thinking they were going to get it all their own way, they were now under no illusions. After a nervy start though, you need your leaders to step up to the plate and grab the game by the scruff of the neck: cue Hospital's Andrea O’Sullivan to slot over the game's first score. This started the ball rolling for Hospital and they added on another few points, the pick of them a Grainne Condon point after a powerful run from centre back. 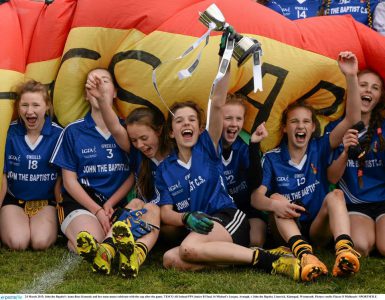 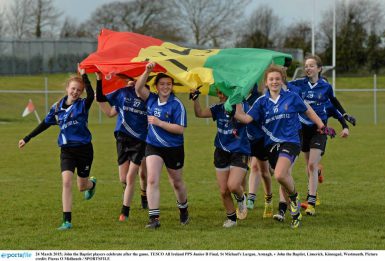 St Michael’s all the while looked dangerous, and even though John the Baptist's girls, such as Lucy Ryan Clarke and Katie Heelan were working hard in defence, it cracked in the middle of the first half and St Michael's towering midfielder Dearbhla Coleman inserted the ball into the net. Coleman pulled the strings for St Michael’s in the first half and Hospital found it hard at times to live with her athleticism. The breeze hampered St Michael’s attacking threat though, and they were only able to add a further point before half time. Hospital were dominant for much of the half with the strong wind behind them. This dominance though, was not reflected on the score board: wides started to add up, supporters began to fret. Then, a moment of inspiration from the ever energetic Eimear Kirby. She collected the ball from a kick outinside her own 45m line, then she proceeded to glide up the field. Gasps of “she couldn't possibly keep going” could be heard from the awe struck crowd. The answer was she could, and she finished her run with aplomb by putting the ball over the bar. It seemed to the Hospital crowd that the sun got a little brighter for a while after that and they went in with a 4 point lead at half time, the score was 0:8 to 1:1.

Even with a 4 point lead at half time, to be honest it looked like Hospital had a mammoth task ahead of them in the second half. The wind seemed to pick up if anything and from the throw in, they were under pressure. After a brief attack, Michaela Doyle got the first point of the second half. How could the the Hospital girls ever hold out? Shame on us for ever doubting them; these are no ordinary ladies – Eimear Kirby got the point straight back.

In truth though, momentum really did seem to be building behind St Michael's: their captain full forward Aoibhinn Henderson looked electric in the second-half and she kicked three points. In was clear that St Michael’s were going to be seeing a lot more of the ball and Hospital, who were at times wasteful with possession in the first-half, were going to have to be clinical in the second. When Elisha Donnelly struck a well worked goal home, the gap was only 1 point to Hospital. If only Hospital had someone to pick them up again –  “oh ya” – they have Player of the Match Andrea O’Sullivan who, after having her initial shot saved, eventually worked the ball past St Michael’s goalkeeper Niamh McSherry, who was impressive on the day.

The game was frantic now with the teams trading points and Elisha Donnelly getting another goal for St Michael's – it was really in the melting pot. At this point, the Kennedy “sister act” were really getting into the game: Anna Rose ended up scoring 5 second-half points and her younger sister, Caitlin, got an exquisite goal. If anyone knows what they are feeding them in the Kennedy household, please send the answers on a postcard because everybody will want some of it. 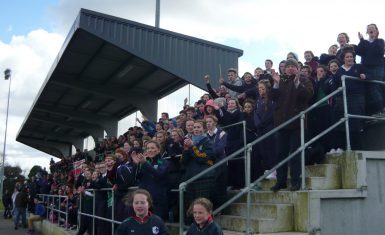 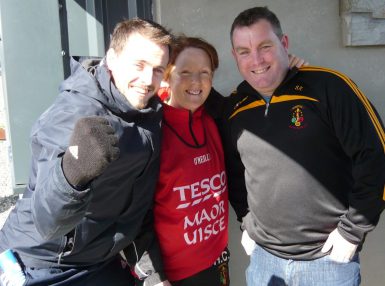 These scores left Hospital up by 5 points with 5 minutes to play, in a drama akin to that in the Six Nations the weekend, St Michael’s set up a tense finish by scoring their fourth goal. They then began to lay siege on the Hospital defence. The time for pretty football was well and truly over: it was time to get everyone behind the ball. Somehow, the Hospital girls held out the attack; players like Ciara and Grainne Ryan put their bodies on the line and it was great to see Ava Hartigan, who recently returned from injury, winning and clearing the ball in the final moments. After what seemed to the Hospital supportors like an eternity, referee Jonathan Murphy blew the final whistle and every John the Baptist player, mentor, teacher and each of the 400+ supporters experienced football Nirvana. The John the Baptist C.S. girls were All Ireland Champions, capping an extraordinary year for Ladies GAA in the school. 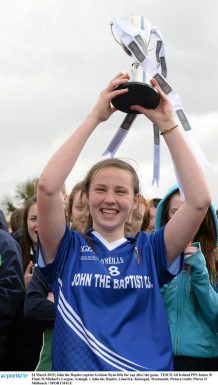 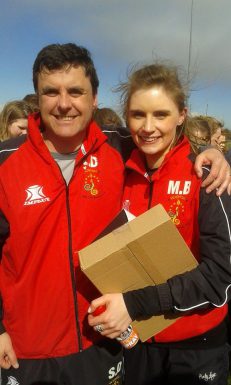 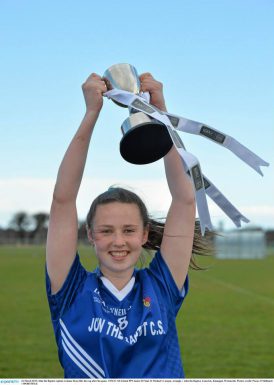 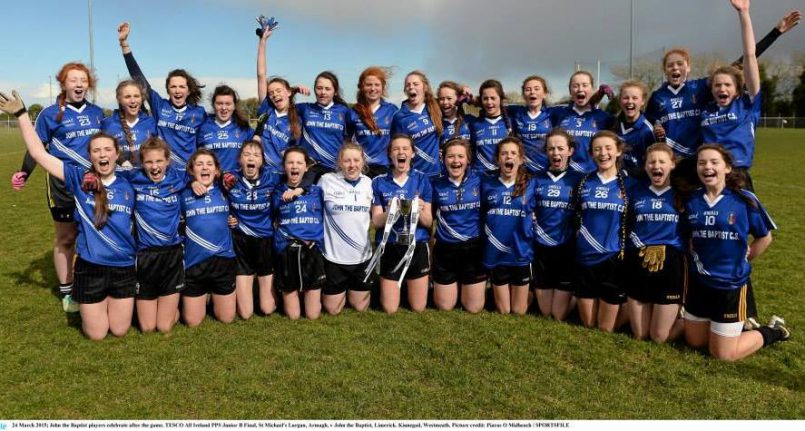 Credit must go to each and everyone of the players on both sides for serving up an excellent spectacle. Also, a massive ‘well done’ to the Hospital mentors Michelle Buckley and Seamus Dollery for their monumental effort throughout the year – the proof is that they oversaw the winning of two Munster titles and now the crown jewel: an All Ireland. Congratulations again to all involved and a massive thank you from all in John the Baptist for providing us with an immense source of pride. 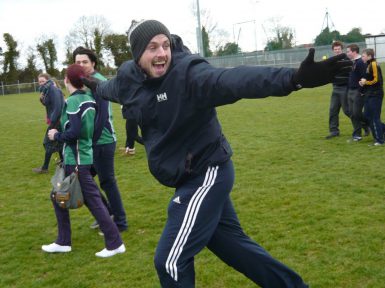 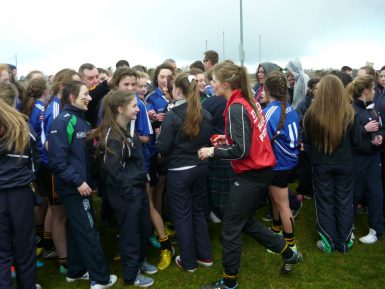 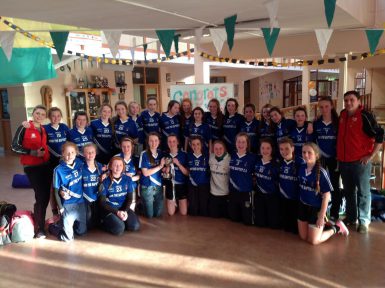 Many thanks to D. Balfry, H. Clifford and N. Ring for photographs. Professional photographs taken by Piaras O Midheach / SPORTSFILE