All roads led to Cappamore on the 15th of December for the First Year A County Hurling Final between John the Baptist Community School and Scoil na Trioniode. At 12:30pm, the ball was thrown in and we were off.

Hospital started well with two early goals from Donnagh Ryan and Jamie O’Shea to add to the brilliant form the Hospital forwards have been in for the last few matches. Hospital drove on from there with some more great points from Christian Higgins and John Lees that Tom Morrisey would be proud of. Doon tried to bounce back with lots of pressure, but the backs held strong with the full back line consisting of Mark Boland, Kevin Hennessy and Matthew Cox who were touch-tight to their men and a half back line of Bill Crawford, Michael Hanley and John O’Riordan who were rock solid and did not give the Doon forwards an inch. Closing in on the end of the first half Hospital were clearly the stronger team. Halftime score was 3-6 to 1-1 with Hospital leading.

The second half started exactly how Hospital would have hoped with a goal from Conor O’Dwyer (Caherline). Doon then went up knocking at the door of the Hospital goals but were denied by Ciaran Hyland who pulled off some magnificent saves. Rory Hanley who was lording it from 21 to 21, was working like a horse, winning ball and delivering ball into the forwards such as Conor Shanahan who was out in front of his man for every ball. Paddy O’Dwyer and Liam Ellevsen were the first substitutes to be introduced for Hospital followed later in the match by John Pratt, Fionn O’Carroll and Michael Koyce who played a major role in seeing out the win. After a fluster of shots from Hospital at the Doon goal. the ball fell to Conor O’Dwyer (Pallasgreen) who got it into his hand and rattled the net.

Full time comes and scenes of joy as the Hospital team ran out winners 6-11 to 1-4. The cup was presented to joint captains Rory Hanley and Conor O’Dwyer (Caherline). After a few words of thanks from Rory Hanley, the Baptist boys lifted the cup and reeled away in celebration.

Please see below for the full panel: 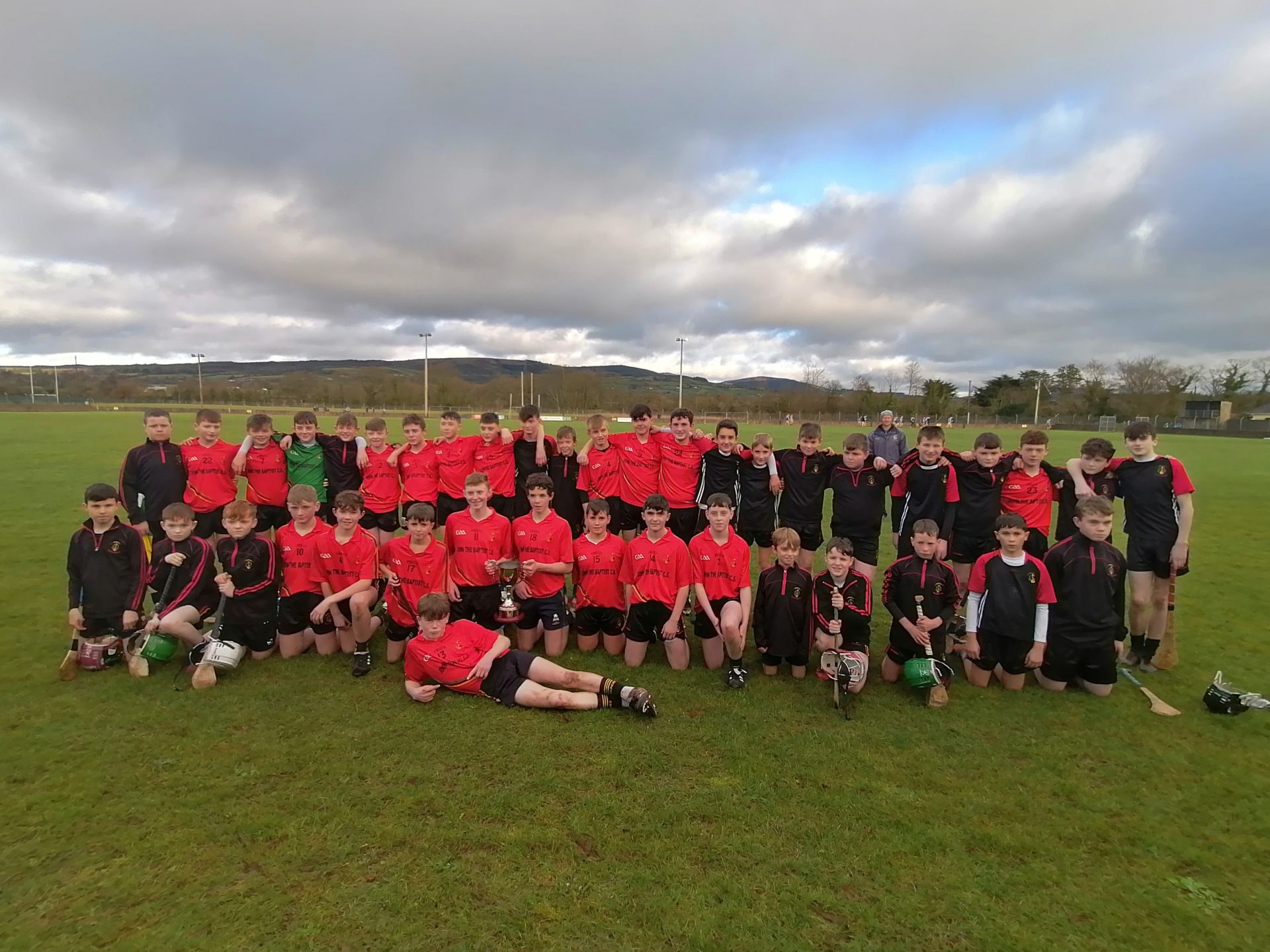