In a school wide show of support for mental health awareness and a positive attitude towards asking for help, hundreds of students took party in a ceremony in the school gym. Students and staff were treated to a number of stirring speeches from Niamh Briggs, captain of the Six Nations winning Irish rugby team and Jim Breen, founder of Cycle Against Suicide. Performances by the school choir and musicans, as well as First Year Drama and Music groups added to the exciting atmosphere. The school’s Cycle Against Suicide group premiered their video that will be sent to the national conference of the organisation.

Cycle Against Suicide is an initiative started by Irish entrepreneur, Jim Breen, as a result of his appearance on RTE’s The Secret Millionaire programme. The main objective of the Cycle is to raise awareness of the considerable help and supports that are available for anyone battling depression, self harm, at risk of suicide or those bereaved by suicide.The Cycle Against Suicide community is determined to let people in every corner of the island of Ireland know that; it’s OK not to feel OK and it’s absolutely OK to ask for help. Together, shoulder to shoulder, we can break the cycle of suicide on the island of Ireland. 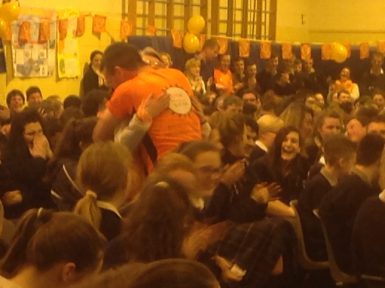 It was hugely uplifting experience for all – well done to all those who organised the event, especially Ms. Healy and Ms. Kelly. 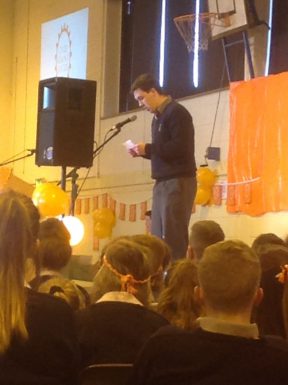 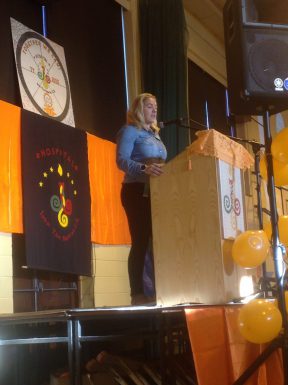