All Ireland Success for Senior Girls! 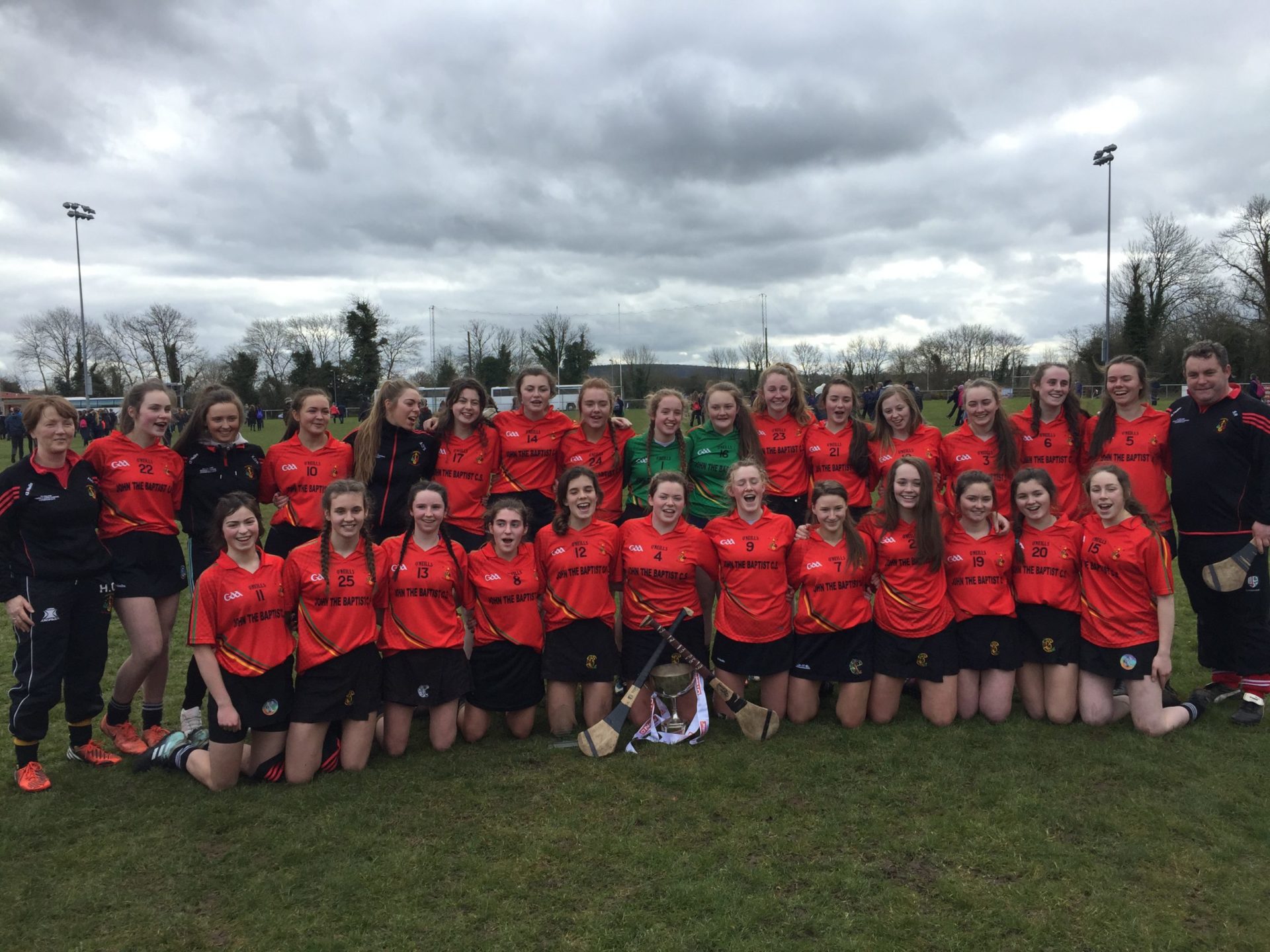 Today saw more All Ireland success come to John the Baptist C.S. as our Senior girls overcame very tough opposition in the form of Loreto, Mulligar, to take the All Ireland C Camogie title at the Ballykelly GAA grounds in Monasterevin. Rising into this division after winning the ‘D’ title last year, the ‘never-say-die’ attitude and impressive work ethic of this amazing group of girls was in evidence all through their campaign and was surely seen on the field today. In a very tight encounter, points and goals were traded throughout the opening 30 minutes, with John the Baptist C.S. ahead with the narrowest of margins of just one point at half time.

Rousing speeches must have fired both teams and the pace of the game again increased as the second half began. It was end to end stuff, with points coming from both teams. A flurry of scores kept the large assembled crowds on the edge of their seats. With just minutes to go, the teams were level; the tension could be felt in the air as both teams lifted their game and scrambled for every ball. A goal from the heroic girls from John the Baptist C.S. came just when needed. As the game went into its fifth minute of extra time, it was nail biting stuff, with JTBCS backs defending like the titans we knew them to be. At the final whistle, the pitch was invaded by scores of students chanting “come on you girls in red”, amid excited cries and sighs of relief! It was truly an inspiring performance, displaying the sheer class and perseverance that has become the hallmark of this wonderful group of students. Huge congratulations also to Helen Clifford and Sean Ryan, and their team of helpers, that guided these girls to such glory, with hours of work, strategising and dedicated training. Thanks also to all those who traveled in such large numbers to that match, and to all the parents and guardians who have supported and helped this team every step of the way. We could not be more proud of the girls on this very special day and hopefully our nerves will recover! Well done to all!