Retribution for the Hospital Boys! 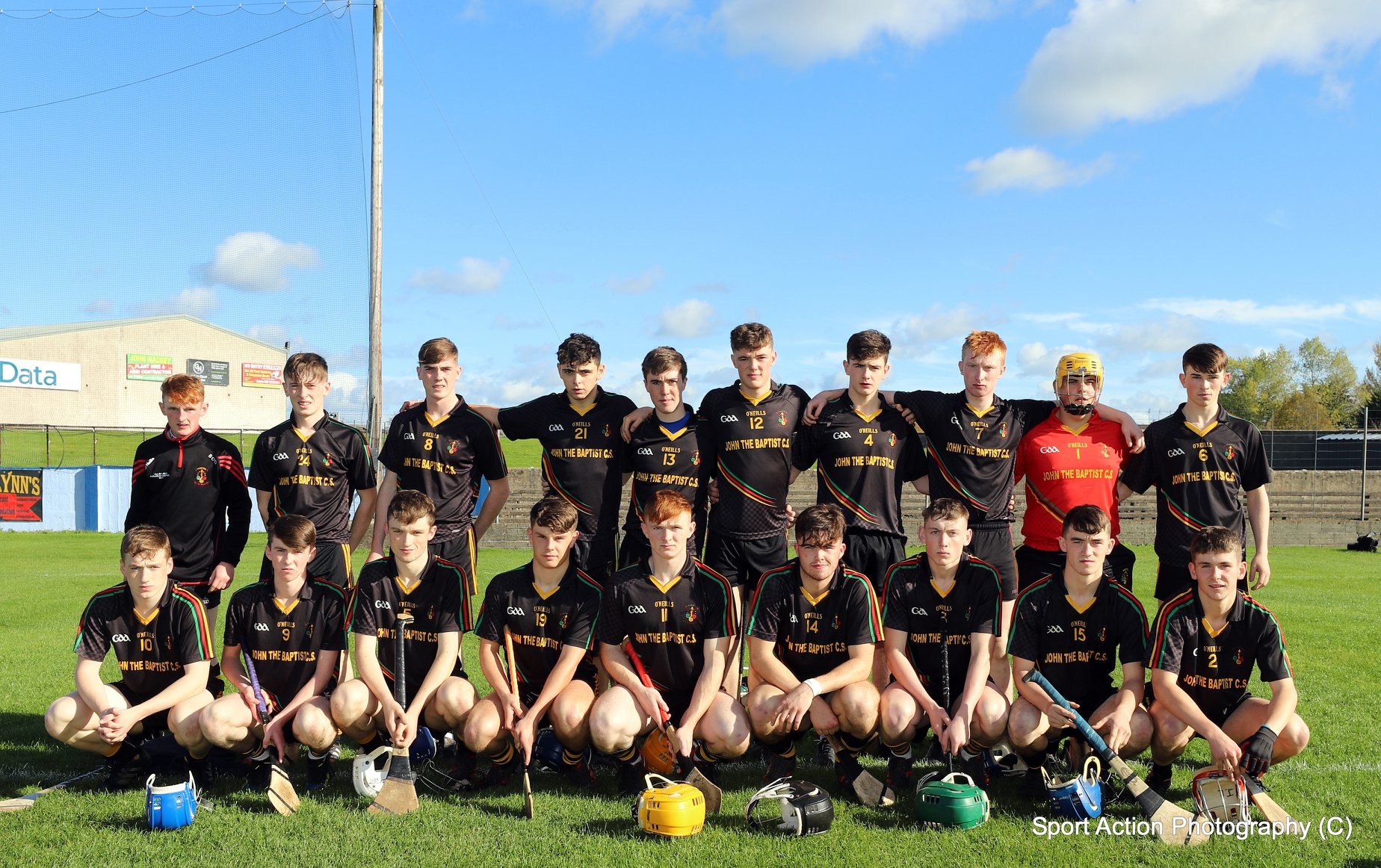 Blue skies surrounded McDonagh Park for JTBCS vs Templemore in a rematch of last year’s Harty Cup quarter final, where the 2017 All Ireland Champions agonisingly defeated the Baptist Boys by a solitary point. The fine weather was fitting as in the first ten minutes the JTBCS performance was akin to cattle being left on new grass after a long winter, they were energetic, hungry, but perhaps a little too eager.Brian O’Grady (who finished with seven points from play)was like a bull charging through the Templemore defence, but the teams eagerness meant that they gave away multiple frees in the first half that often took pressure off the Templemore men.

The first half overall was a tight affair, JTBCS showed flashes of brilliance but on occasion the final ball let them down or there was a free given away. The two teams were tied at 1-4 a piece at the 20 minute mark with the JTBCS goal coming from Ryan McCarty Tobin. Templemore often looked threatening, they were well able to take their chances and the full back line led by Mark Quinlan were kept on their toes without ever looking like they would crumble under the challenge. Into the later part of the half the Baptist Boys began to assert their dominance Aiden O’Heney at corner forward was a thorn in Templemores side with his movement and Dylan O’Shea got rewarded for his bravery when attacking the ball, when he ruthlessly punished a slack Templemore hand pass and rifled home a goal late in the half. Hospital were looking by far the better team at this point and their dominance was largely down to the performance their two midfielders Eoin O’Mahony and Harty Cup newcomer Patrick Reale who covered every blade of grass in Nenagh. At the end of the half JTBCS led 2-8 to 1-7 and even though it was hard fought it was well deserved.

The second half started at a pace and Templemore inflictedthe first blow with a point, if anything this sparked the Baptist Boys into life and they put in an emphatic performance for the remainder of the half. A highlight of this half was the dominance of the JTBCS back unit, aided by the employment of a sweeper they never looked like they would yield scores to the boys from Templemore. The loss to this opposition had hurt them last year and that fuelled a passion that meant that JTBCS were not going to let this game slip. Templemore did have a purple patch in this half where they pushed for a goal. The defence stood firm and answered every question asked of them, a catch by goal keeper Darragh McCauley where he rose like a salmon over the vertically superior Templemore centre forward to deal with a dangerous ball, epitomised the JTBCS indomitable spirit. The remainder of the match was all JTBCS, Kevin Bonar at centre back pulled all the strings and made sure that the team behaved like a well oiled machine and Dylan O’Shea hit the last three points of the game to show that JTBCS will be a force to be reckoned with in this year’s competition.

Congratulations to all the players on what was an exceptional sporting game and hopefully they can continue and enhance this level of performance in four weeks time against Blackwater. A special mention must go to Mr McCaffery and Mr Deegan whose hard work and long hours with this team has showed on the field of play and also Mr Glessons whose gym programme has ensured that the boys keep making those all important GAINS.