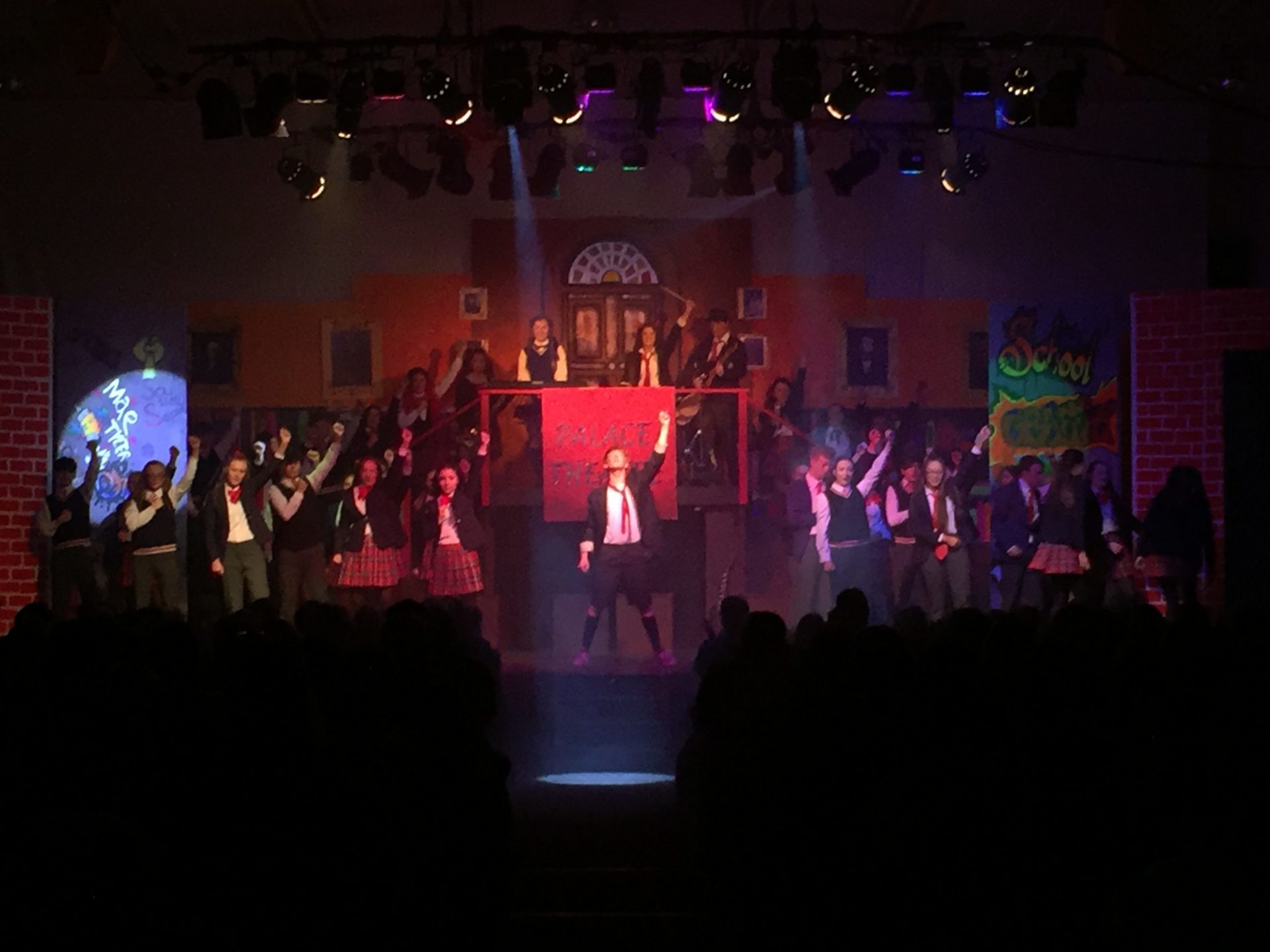 Congratulations to all those involved in this year’s hugely successful T.Y. show “School of Rock”. Large crowds were treated to upbeat songs, vibrant dancing and stellar performances from all. David Woulfe was fantastic as music enthusiast Dewey, Ella Maher wowed as Rosemary, while Eoin Duncum and Aine Dinn were excellent as Ned and Pattie. The entire group was electric on stage and threw their heart and soul into each performance. The shows producers – Ms. McNulty (who also worked with the school’s very own orchestra), Ms. Nevin, Ms. Healy and Ms. Garvey toiled long hours with the students, even over the midterm break. The stage built by  Mr. M.J. English, Mr.N. Frawly and Mr. G. Frawley and team, was a riot of colour due to Ms. Mortell, Ms. Ryan and their team on set design and also from the myriad of costumes thanks to Ms. O’Toole and her costume department.

Many thanks to all the staff who facilitate in every way from tickets sales (Ms. Leahy, Ms. Moynihan and Mr. O’Connor), in the car parks, at front of house, programme and raffle tickets sales. Thanks also to the Parents Association who organised the raffle. In particular, the school would like the many sponsors that make such a show possible and the sudiences who attended in such large numbers!