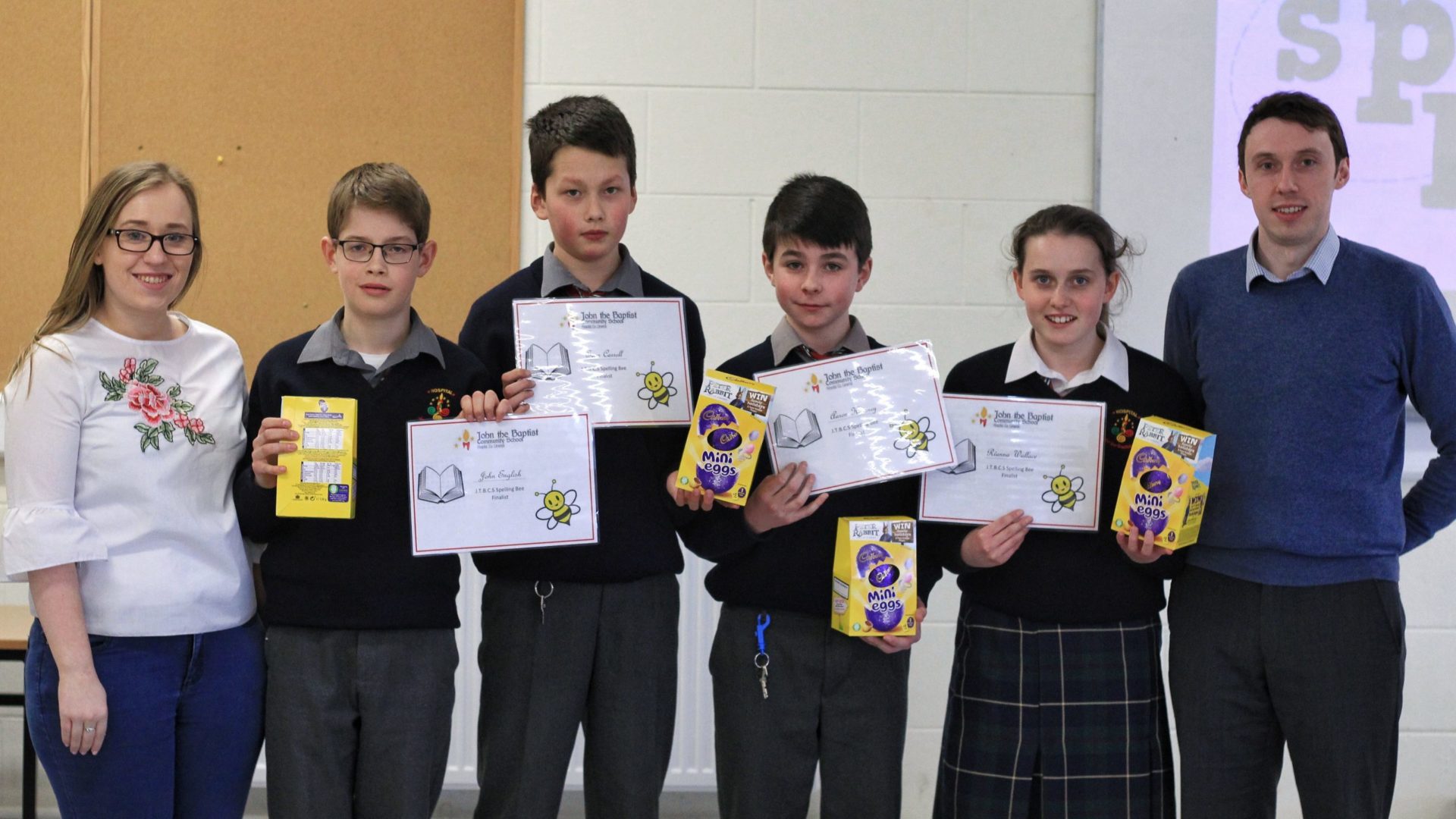 On Friday the 23rd of March, the first annual 1st year Spelling Bee took place. To qualify, each First Year class took part in the qualifying round where the four highest scoring winners got through to the final.

From there, each competitors were given the same words and they had to show the judges on their whiteboards. The four finalists were Sean Carroll (Ash), Rianna Wallace (Yew), Aaron Kearney (Rowan) and John English (Hazel). 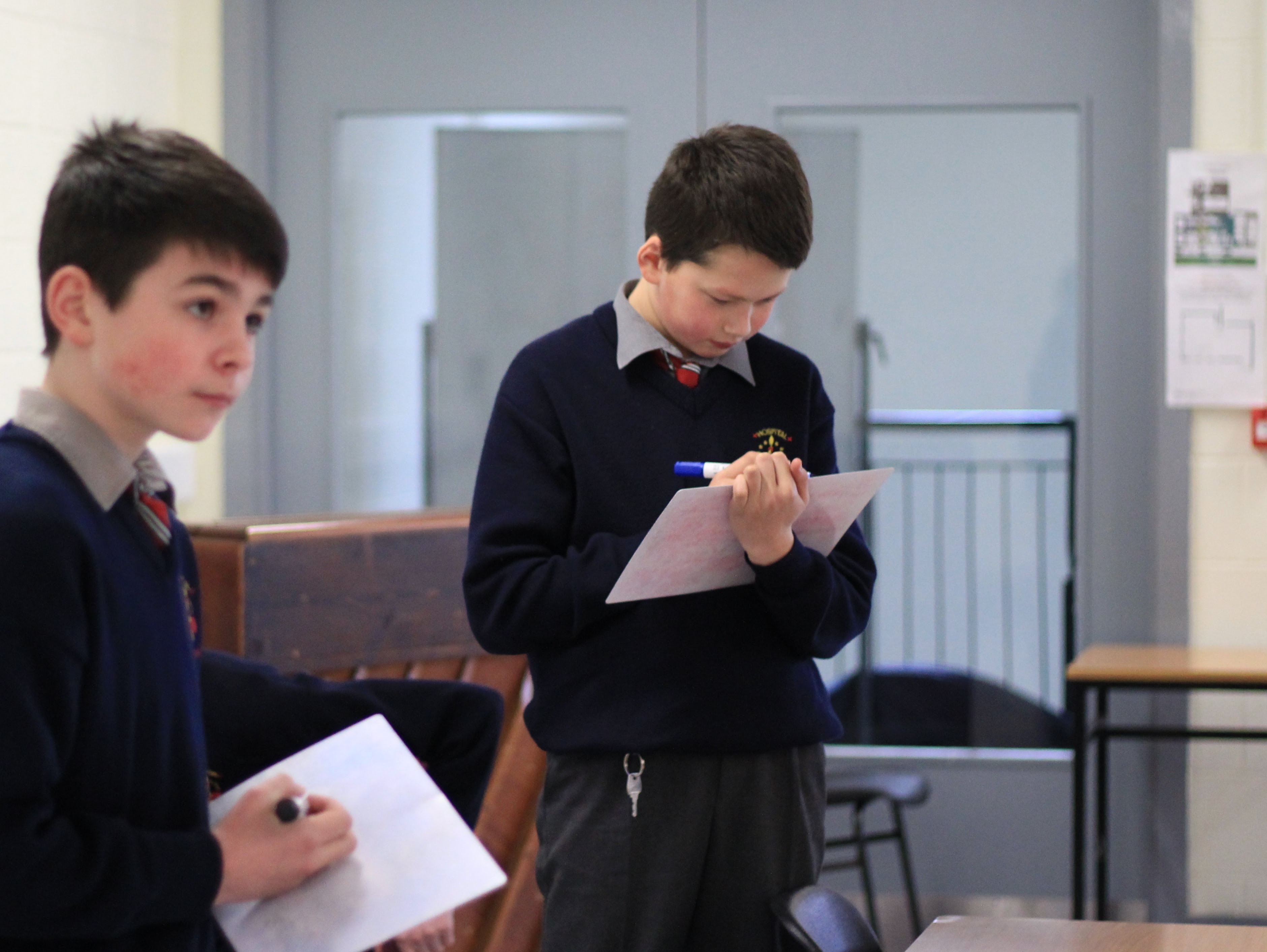 In the first round, Rianna Wallace was eliminated and the other three competitors advanced. In the second round, John English was eliminated with Sean and Aaron advancing to the grand Final.

The final was very tense and it eventually came down to Sean Carroll winning by one score to become the 1st year Spelling Bee champion 2018.

Many thanks to all the Transition Year students and their teacher, Mr. O’Connell, who organised the event.