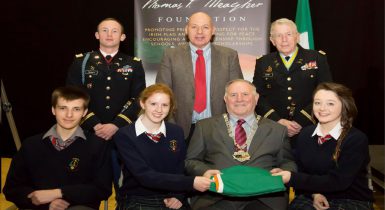 Hundreds of students and teachers gathered with some very special guests in Waterford for a very special event, Even though the weather was very wet, it did not dampen the spirits of everyone who attended from some 300 schools.  Organised by the Thomas Meagher Foundation, the event is part of a programme of activities hoping to ignite a passion for history and instill a pride in and respect for our Irish Flag. Each school was presented with an Irish flag that had flown at 33 The Mall, where Thomas F Meagher flew the very first Tricolour in 1848. The President of Ireland, Michael D Higgins and his wife Sabina spoke eloquently about the legacy of Thomas Meagher:

'We remain indebted to this man who, in 1848, called for “a lasting truce between Orange and Green” to become the enduring symbol of the Irish Nation. This is indeed a vision worth championing, a message of peace we must continue to cherish.' 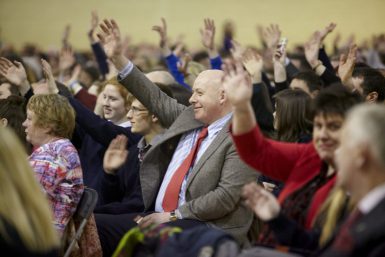 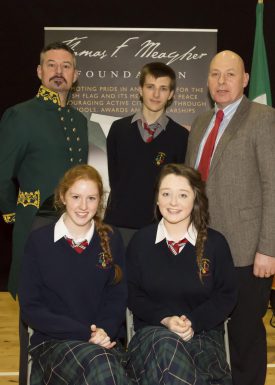