Well done to all of our amazing athletes who took part in the Munster Schools Track and Field meet. 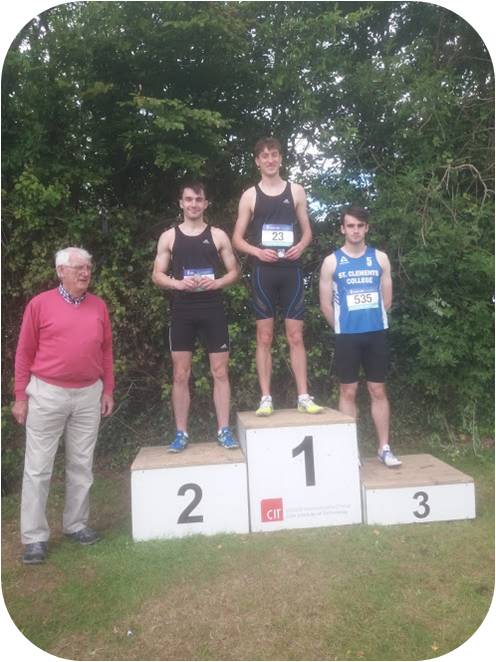 Sean McCarthy receiving his silver medal for the Senior boys 100m. Sean also came third in the Senior boys 200m. He will now go and represent the school, in the All-Ireland Schools, competing in the 100m. 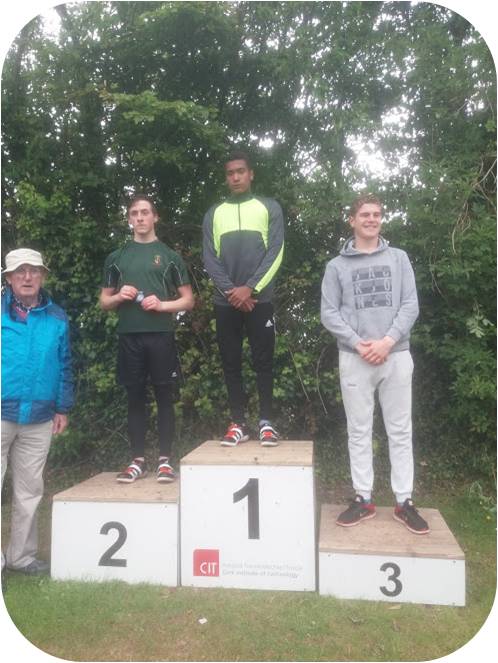 Christian O’Connell threw very well to finish second in the Senior Boys Javelin. Christian will now go on the represent the school in the All-Ireland Schools in two weeks time. 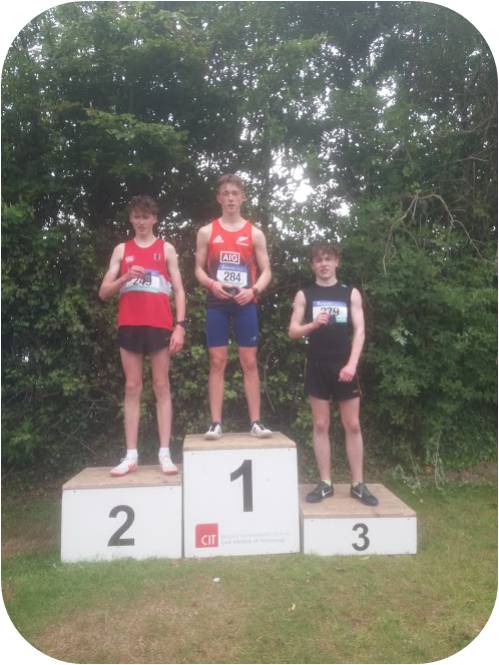 The school was well represented in the Junior boys 800m. Rory Prenderville went on to win the race while Caillum Hedderman finished strongly to take the Bronze medal. Caillum also finished third in the 200m. Caillum was one of two athletes to take two medals on the day. A mammoth task. Rory will now go on to compete in the 800m in the All Ireland 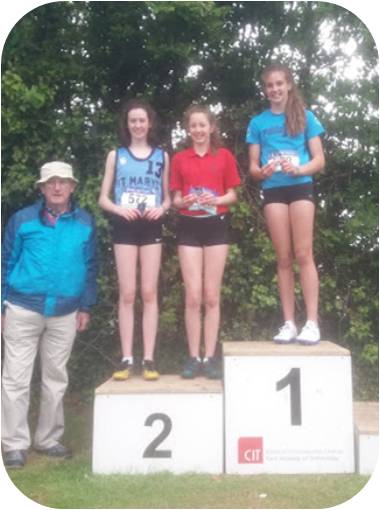 Caitlin Kennedy jumped very well in tough conditions to win the Junior Girls High Jump.  She beat off tough competition in the pouring rain and will now Compete in the All Irelands in Tullamore on the 3rd of June. Well done to all involved. There was a massive haul of seven medals from the five students that competed.
Rory, Caitlin, Sean and Christian will now go on to compete in the All Irelands on the 3rd of June in Tullamore.