An “egg-cellent” way to work on Irish Language Skills! 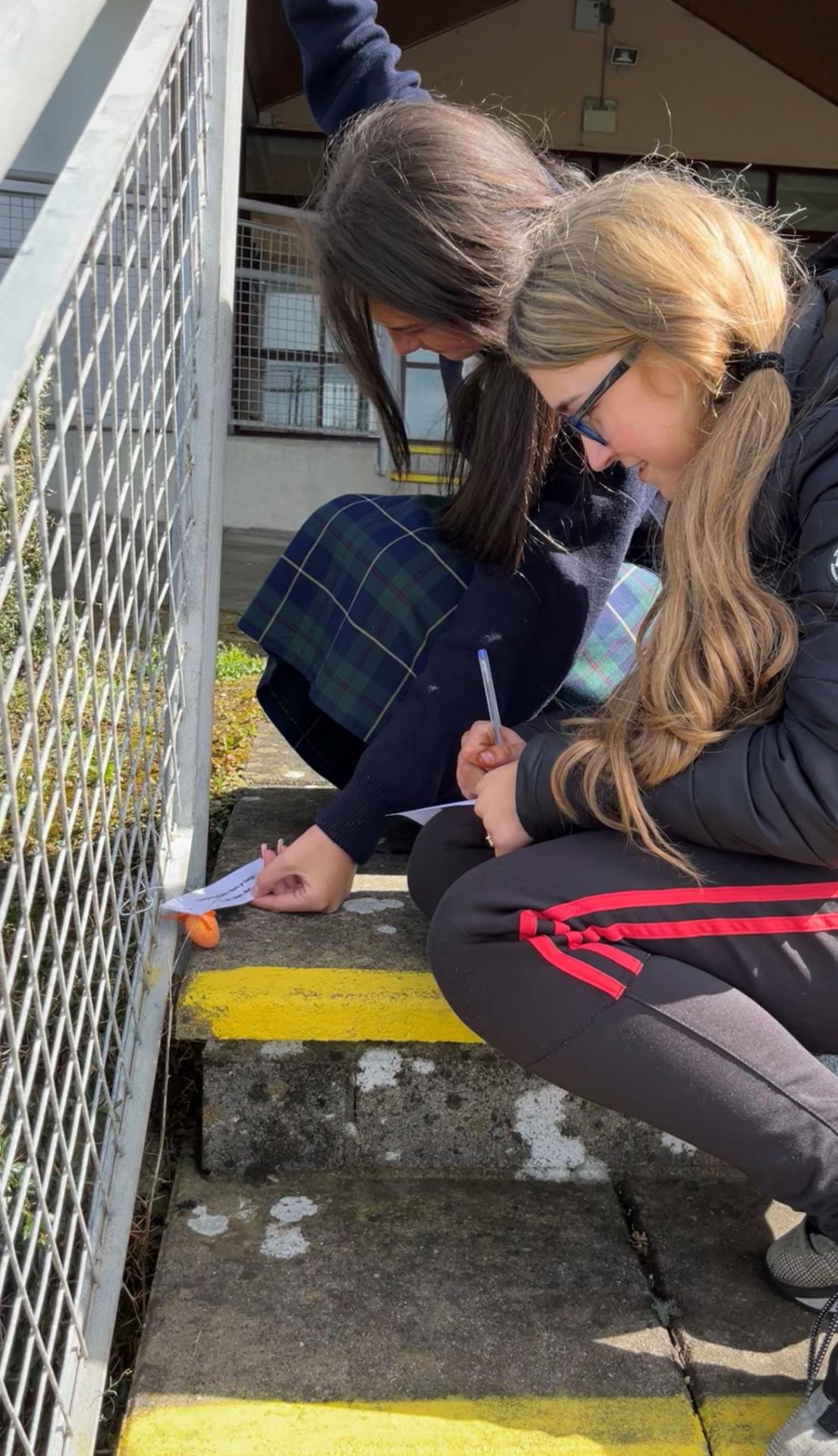 An exciting Egg Hunt for two Second Year groups took place today – as Gailege! The questions were based on content covered in class over the last number of weeks. The students were assigned groups (and roles within their groups; leader, reader, writer, map reader) in the classroom and the instructions explained to the groups before heading outside to the hurling fields. Questions were based on a drama, song, vocabulary and verbs which were placed in locations around the school according to the map attached. The students had to answer all of the ten questions on their answer sheets and present their answers to their teachers Ms. Bateman and Ms. Collins. If successful the students received a mini chocolate egg!

It was a highly competitive event, with students using their Irish language skills in new and exciting ways! Many thanks to all involved, especially to Ms. Bateman, Ms. Collins and their co-operating teachers Ms. Conlon and Ms. Kennedy.