The Sweet Taste of Success: The Taste of Ballyhoura Schools Cookery Competition

It all began with Anna Bonar, Louise Mc Grath, Lisa Byrne, Grainne Condon, Ann Ryan and Carol O Riordan been selected to represent the school in the Taste of Ballyhoura Schools Cookery Competiton.  On Thursday 23rd of October there was a cook of between John the baptist and Colaiste Iosaef of Kilmallock in Recipe 4 success Cookery school in Annacotty. 20 TY students went to support the girls and enjoyed demonstrations from Shane Donohue of 'Recipes 4 Success'. 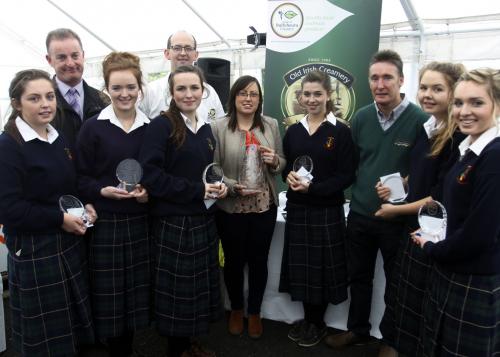 The final took place on the Bank Holiday Monday, at the food fair in Kilmallock where Brian Mc Dermot 'The No Salt Chef' was present for the event.

There was stiff competition from Colaiste Iosaef, Kilmallock, but the girls did themselves proud by demonstrating excellent skill and producing a tasty meal in a portable kitchen in front of many spectators. 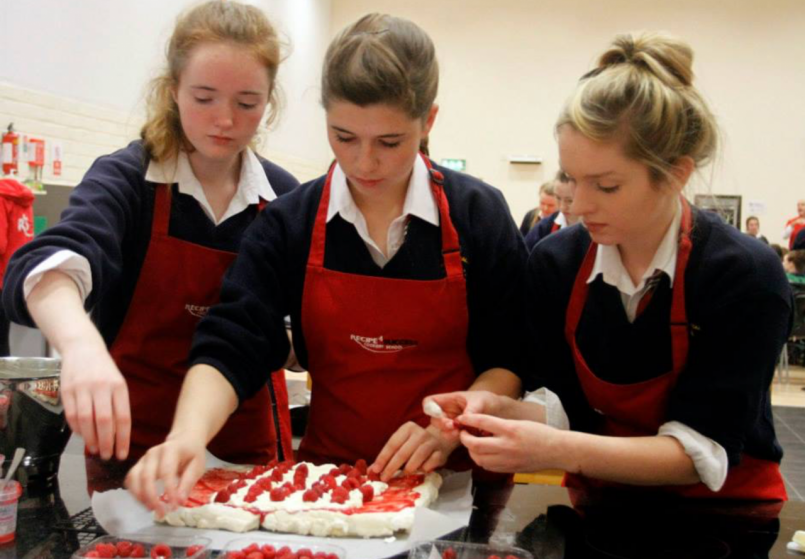 Utilising as many of the Ballyhoura foods, the girls designed a main course that consisted of a pork burger stuffed with spicy sausage, pistachio, Onion and goats cheese, served with potato au gratin, Apple sauce and pumpkin. Their fruity dessert consisted of a melody of Raspberry Meringue Roulade, Raspberry Cheesecake and a fruit smoothie.

Each of the students were presented with a €50 voucher and a glass trophy, they won a €200 Voucher for the school and a perpetual trophy which will be added to the trophy cabinet.

The team's winning exploits were featured on many publications such as the Limerick Leader and The Cork Independent: